The discovery of what is now known as Céide Fields really began back in the 1930s when a local schoolteacher, Patrick Caulfield from Belderrig, often noticed piles of stones in the bottom of the blanket bog when cutting his turf. To everybody else, these were meaningless but he realised two very important points – firstly, the way the stones were piled up couldn’t be natural so somebody had to put them there, and secondly, because they were down underneath the peat they had to be put there prior to the growth of the bog and so must be very ancient.

However, it was another 40 years before Patrick’s son, Séamus (an archaeologist) began studying the stones. It is now known that these are the remains of a Stone Age landscape of stone-walled fields, houses and megalithic tombs over 5,000 years old – older than the pyramids of Egypt.

The visitor centre at the Céide Fields not only presents the archaeology of the site but also the botany, bogs and geology of the area. It is located beside spectacular 370ft high cliffs. 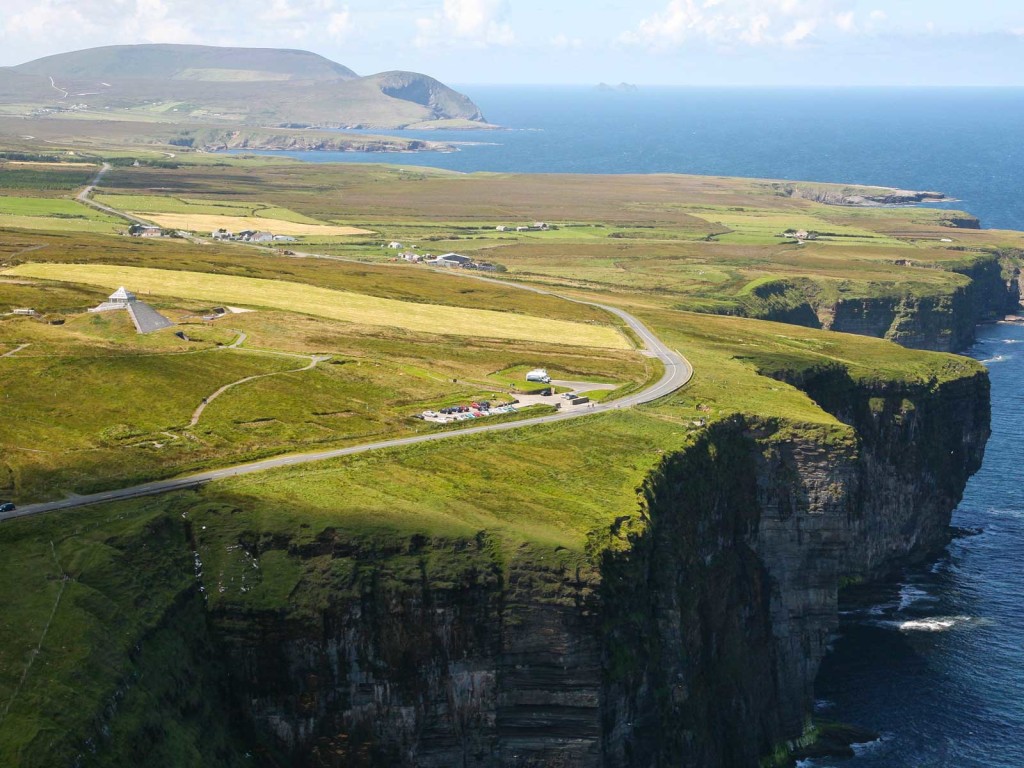