In the 1830s, two lighthouses were built on Eagle Island, one on the east and one on the west to guide vessels past all the dangers from Blacksod Bay to Broadhaven Bay, including the Stags.

The towers, built of cut stone quarried from the island itself, were painted white. The white beam of lights were visible for 20 miles in clear weather. After several bad storms, the keepers and their families were moved to shore dwellings in the nearby village of Corclough. In 1988, the Keepers were withdrawn from the station completely. There are four lighthouses in Erris. The lights from all four can be seen simultaneously from a few vantage points in the Erris region – ask a local to tell you where! 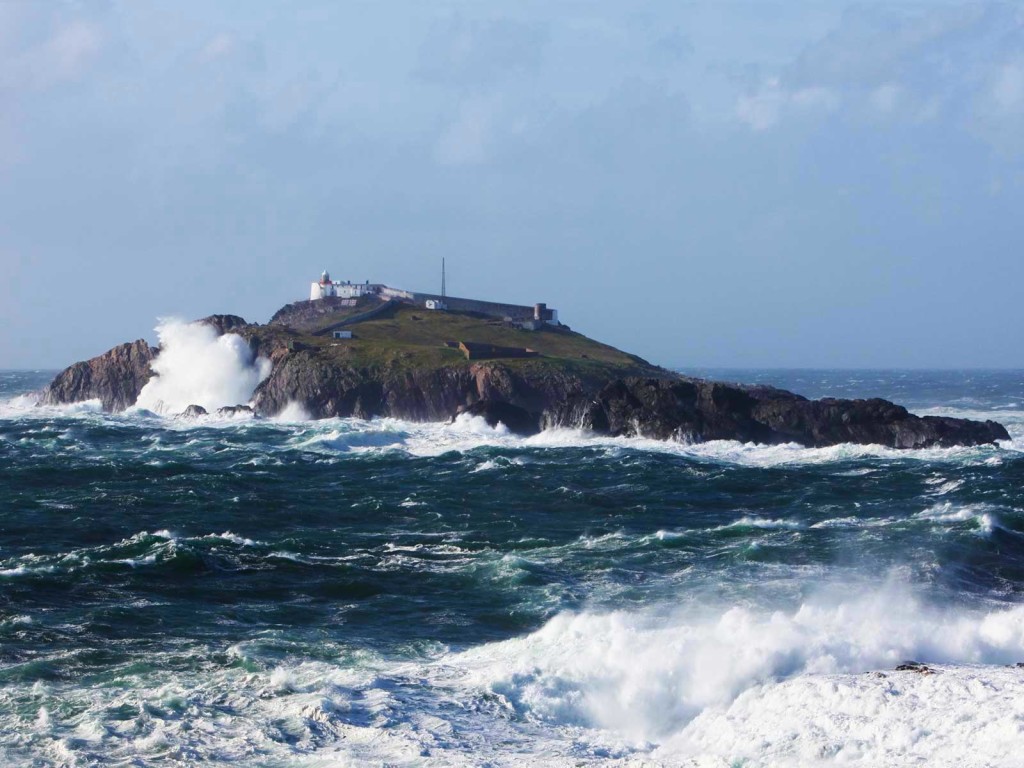