Occasionally, locals and visitors can be seen squeezing themselves through the west window of the 12th century Teampall Deirbhile (St. Deirbhile’s Church) no less than three times! According to legend, if someone can do this, they will never die from drowning. The old church is beautifully located in Fál Mór, overlooking the Atlantic Ocean and the islands. Legend tells us that St. Deirbhile travelled to this part of Erris to escape a lover in whom she was not interested. However, she was followed here, and in sheer frustration and to make herself less irresistible, she gouged out her own eyes. When her horrified admirer left, she washed her eyes in the waters of a well and her sight was restored. This is St. Deirbhile’s Well, which is located not far from the Church. A pilgrimage takes place annually to the well on August 15th in honour of St Deirbhile. 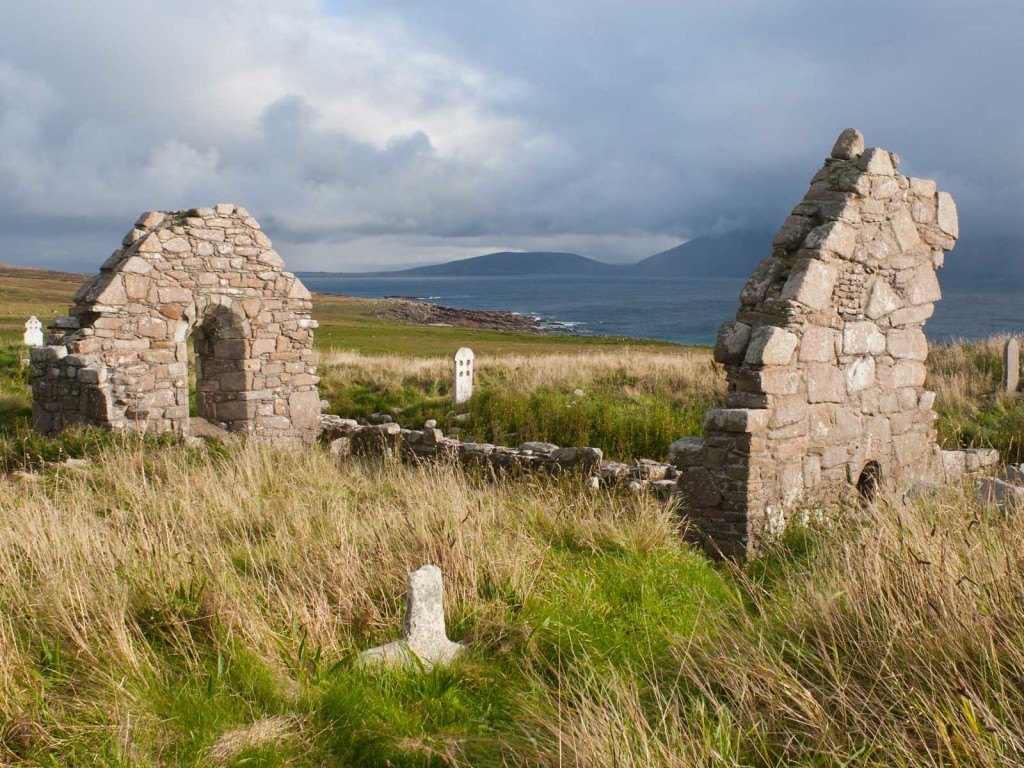