The Children of Lir

The Children of Lir

Clann Lir / The Children of Lir

Aoife loved the children and Lír at first, but soon she became very jealous of the time that the King spent with Aodh, Fionnuala, Fiachra and Conn. She wanted to have all of his attention for herself. One day, she took the children to swim in a lake while the sun was hot in the sky. When they got there and the children took to the water, Aoife used her powers to cast a spell over the children, which would turn them all into beautiful swans.

She knew that if she killed the children, their ghosts would haunt her forever, so instead she cast this spell, forcing them to live as swans for 900 years; three hundred on Lake Derravaragh, three hundred on the Straits of Moyle, and three hundred more on the island of Inis Gluaire. It was on Inis Gluaire that St Brendan the Navigator baptised them – they changed back into human form, but their bodies crumbled into dust. 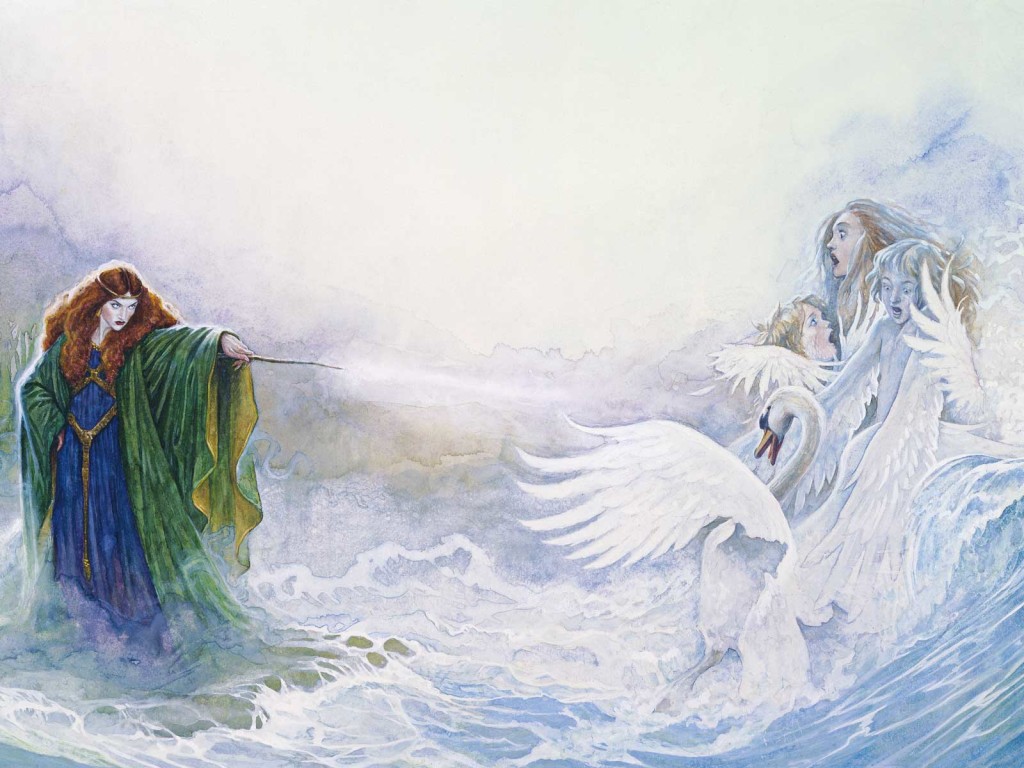 Booking for The Children of Lir