In 17th century here in Ireland: there were no roads or bridges; people lived in sod houses; hardly anyone had shoes; there was no such thing as paper money – only golden guineas; and nobody spoke English.

Who could have foreseen what would become of our country?

His name was Brían Rua Ó Cearbhain, and he lived in Inver.

He was a decent man with very little money. In order to pay rent, he would have to walk for 3 days until he got to the next barony (Tirawley) to pay the landlord, Lord Arran.

One day, when he got there, a poor widow (also from Inver) was in the office in front of him. She had a young family and nothing to give for rent except the milk of her only cow. Food was scarce, but the landlord had to be paid somehow. The widow asked the landlord for more time. He asked her if anyone could vouch for her. She replied, “Nobody but God”.  She was very upset. Brían Rua put his hand in his pocket and paid the rent for her – he said that God’s security was good enough for him.

Half way back home, Brían Rua stopped to sleep. He could not say how long he was asleep for, but upon waking, he had a vision.

There is now a walking trail in Belmullet town – where you can follow Brían Rua’s prophecies & they are written in the old Irish. Here are some of them (in English):

That is the story of Brían Rua Ó Cearbhain, who is remembered as the Prophet of Erris.  And yes, every one of his prophecies have come true… 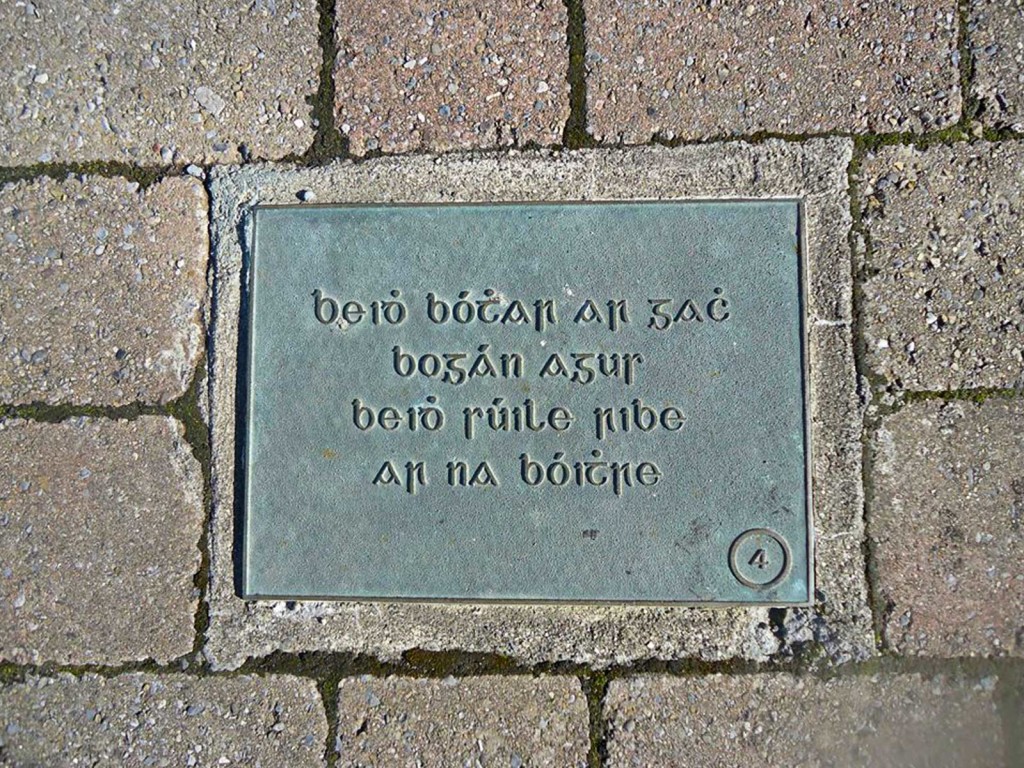 Booking for The Prophet of Erris