Belderrig is a beautiful sprawling, coastal area located between Belmullet and Ballycastle. It is a haven for geologists, archaeologists and to botanists – with magnificent scenery of the sea and the dramatic mountains. Belderrig is rich in historical and archaeological heritage. In the 1930s, whilst cutting turf, the local schoolmaster, Patrick Caulfield, continued to find large numbers of stones deep down in the bog. The fact that they appeared in a regular formation intrigued him and the depth at which he found the stones suggested they must have been there for centuries. Years later, his son, Professor Séamus Caulfield – an archaeologist – discovered evidence of cultivated fields, houses and tombs, at what is now known as Céide Fields. This unique landscape had lain hidden for many centuries. Séamus Heaney, the famous Irish poet, wrote about Belderrig in a poem, after a visit to Patrick Caulfield’s house in 1974 – titled ‘Belderg’. 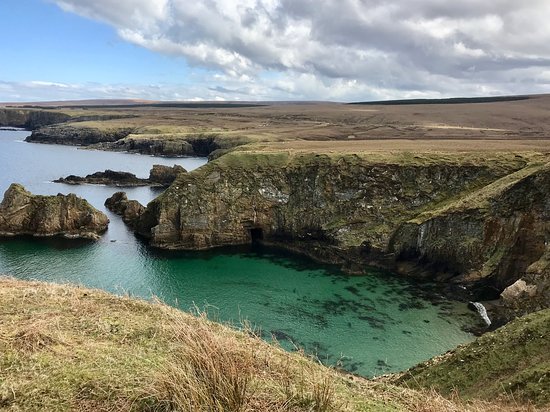 This photo of Belderrig Valley Experience is courtesy of Tripadvisor