The townland of Bellacorick is a vast and virtually uninhabited blanket bog which was once used mainly for milled peat production. Nowadays it is a Special Area of Conservation (SAC) because of the unique nature of the intact blanket bog habitat.

From 1962 onwards, a 300ft peat-powered electricity station tower in Bellacorick marked the gateway into Erris – a landmark for locals and for returning emigrants and visitors. It was decommissioned in 2004 and in 2007 it was demolished.

Since 1992, Ireland’s first commercial wind farm, with 21 turbines, has been operating at Bellacorick.

The bridge in Bellacorick is known as ‘The Musical Bridge’. It can be ‘played’ by rolling a stone along the top of the wall, or by holding the stone in your hand and striking the slabs on the top of the wall. Each slab gives forth its own peculiar note and a musical scale is produced.

The Bellacorick bridge is also well-known for another reason. The Prophet of Erris – Brían Rua U’Cearbhain – said that the bridge would never be finished. And he was right. 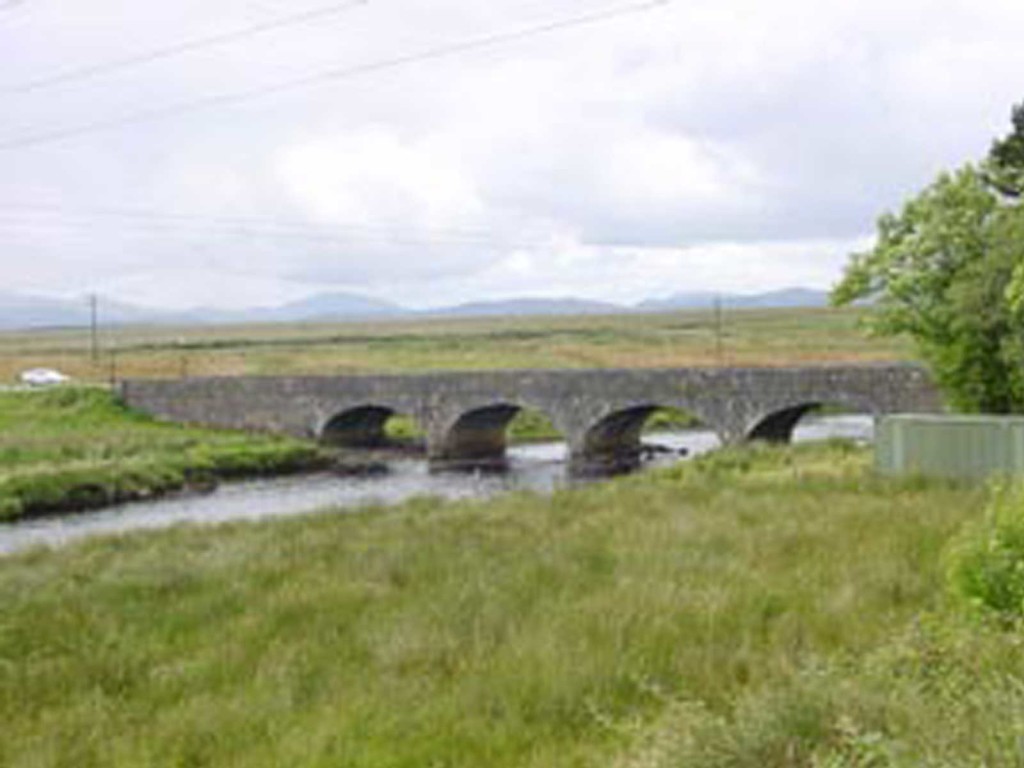