Belmullet – the main town in Erris – straddles the isthmus between the mainland and the Mullet Peninsula. Standing in Carter Square (at the top of Main Street), you’ll see Broadhaven Bay to the north and Blacksod Bay to the south. Around 1715, Sir Arthur Shaen began building a little town here, but it was around 1825 (after the completion of the Castlebar road) when Belmullet was founded by William Carter, with the assistance of an engineer called Patrick Knight.

The old Royal Hotel in Belmullet had many famous guests, including: Maud Gonne in March 1898, John Millington Synge in 1904, Éamon de Valera in 1930, John McCormack in the 1930s and George Bernard Shaw around 1942. Other well-known visitors to the area include: Jack B. Yeats, Edward Ardizzone and T.H. White. White wrote a book about the people and places of Erris, titled ‘The Godstone and The Blackymor’ and it was illustrated by Ardizzone who, according to Quentin Blake, was “the greatest illustrator that ever lived”. Many of these original illustrations were purchased by the Erris community and are on permanent display in Áras Inis Gluaire in Belmullet.

There are four parishes in the Erris region – Kilmore, Kilcommon, Kiltane and Belmullet. Our location beside the Atlantic Ocean has recently been highlighted by the Wild Atlantic Way touring route, but the locals have been saying for centuries that the next parish over is New York! 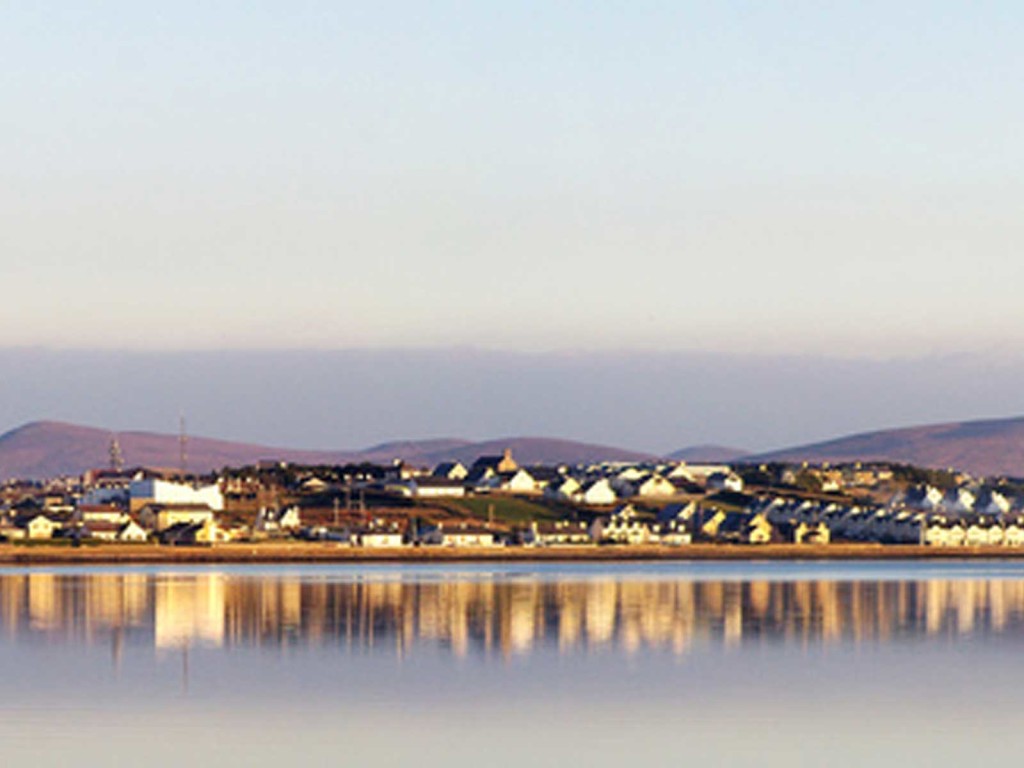