Inis Gluaire is an island off the coast of the Mullet Peninsula in Erris. The island has been uninhabited since the early 20th century, but there are several ecclesiastical ruins on the island.

St. Brendan the Navigator established a monastery on Inis Gluaire and the remains of his church are still evident today. The island is rich in archaeological material dating to the Early Christian period, including St Brendan’s Well, a beehive hut, a nunnery, decorated cross-slabs, a nine foot high pillar stone and various other flat tombstones. According to legend, it is said to be the final resting place of the Children of Lír. 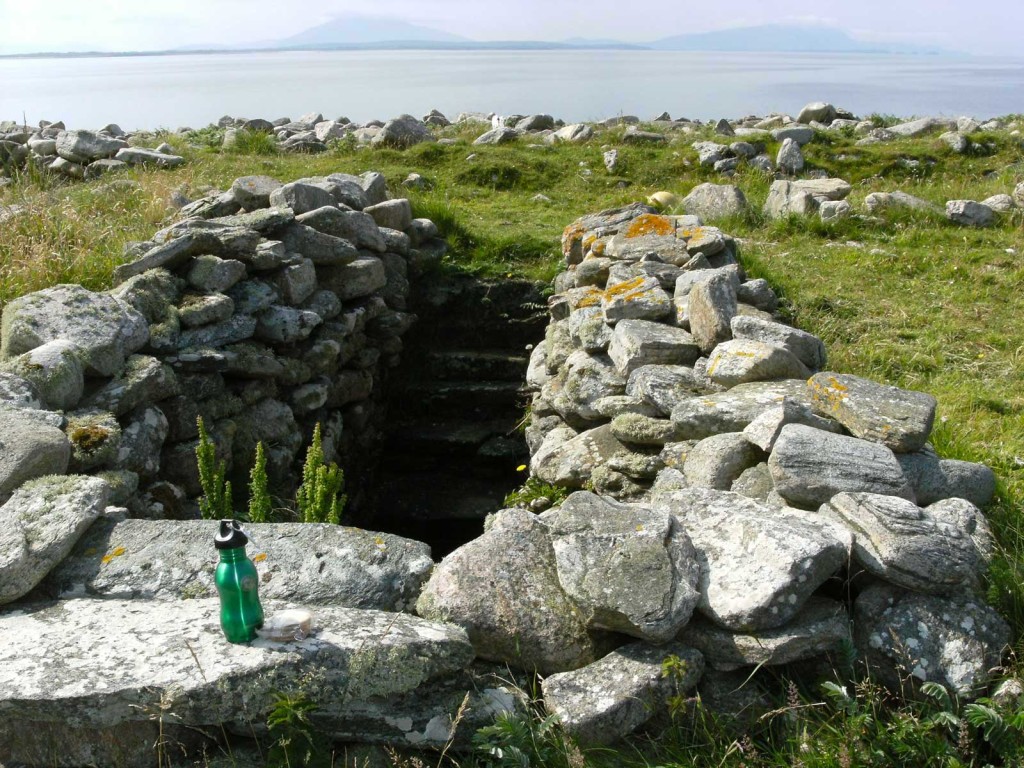