Owing to the fact that Erris is now officially ‘the best place in Ireland to go wild!’, and due to its location along the Wild Atlantic Way, the region is no longer one of Ireland’s best kept secrets!

However, the Erris region is so vast that even the locals discover hidden gems every now and again. So, don’t let the samples of media coverage here sway you – Erris is still a unique and undiscovered place just waiting to be explored! 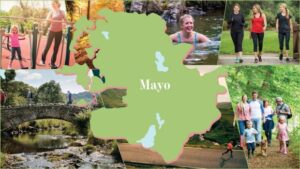 When the weather is good, there is so much to do outdoors in Ireland – solo, or with family or friends and below is the Irish Times, Mary McCarthy’s recommendation for outdoor swimming located in Belmullet.

ONE SWIM
Name: Belmullet Tidal Pool
Location: Shore Road, Belmullet
Description: 18m long main pool. Has a baby pool
Amenities: Parking and Portaloo toilets during summer
Lifeguard: Summer months
Water quality: Sea water. No chemicals. Water is kept fresh by the high tides
Tips: Open all hours. Can get busy in the afternoon in summer as there are swimming lessons though a section will always be left open. At sunset it’s something special 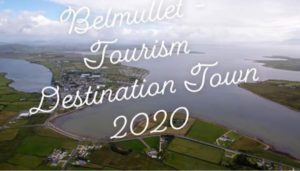 Belmullet has been awarded Tourism Destination Town status for 2020.

The success means the town is guaranteed an additional €500,000 in funding to carry out further enhancement works throughout the community.

Local Councillor Gerry Coyle said it represents the culmination of many years of hard work and perseverance by many people.

He paid tribute to Peter Hynes, chief executive, Mayo County Council, Padraig Philbin and Anna Connor of the council’s tourism section, the council staff in the Belmullet district headed by Padraig Brogan, and the Minister for Rural and Community Development, Michael Ring.
“It’s a tremendous boost for the area and I am exceedingly proud,” added Councillor Coyle.

Destination Unknown
August 2014
Satu Vänskä-Westgarth and her friend Anne-Marit cycled along the Wild Atlantic Way into Erris, and even managed to partake in a currach race! 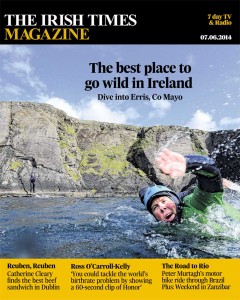 ‘Stephen Mangan’s Mayo is a Wild Escape from London’
The Irish Times, 28 March 2015

’24 of Europe’s Great Walking Routes’
The Telegraph, 10 February 2015
The 30 mile Bangor Trail along the uninhabited mountain range of Nephin Beag and through Ballycroy National Park, is on the list.

‘The Irishman who gave the D-Day go ahead’
The Irish Examiner, 6 June 2014

‘Hughie O’Donoghue’s art is down to earth’
The Irish Examiner, 18 December 2013
The artist Hughie O’Donoghue tells how his mother’s home place, Erris, has inspired his work.


Spiorad Iorrais
TG4, March – April 2015
Series of six episodes telling the stories of the people who live and work in Erris – an area of stunning, natural beauty. 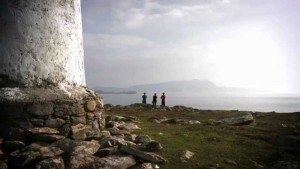 Wild Ireland
ITV, April – May 2015
Episode 2, Christine Bleakley meets Vincent Sweeney at Blacksod Lighthouse to hear the story of his parents’ weather forecasts, which ensured that WWII’s D-Day was a success. 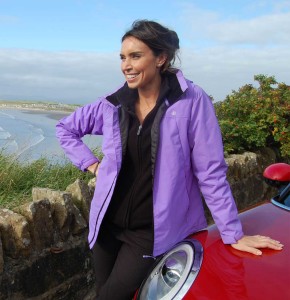 Four Seasons in One Day
RTÉ One, August 2014
Three part series – in episode one John Creedon meets Gerry Sweeney at Blacksod Lighthouse to hear the story of his parents’ weather forecasts, which ensured that WWII’s D-Day was a success.

Tracks and Trails
RTÉ One, March 2014
Katrina Devereux and Declan Cunningham take in the stunning scenery while walking along the Ceathrú Thaidhg loops.

Tracks and Trails
RTÉ One, November 2012
Aoibhinn Ní Shúilleabháin explores the north Mayo coast and especially the Erris walks and routes in Ceathrú Thaidhg and on the Mullet Peninsula .

All Roads Lead Home
BBC 2, October 2011
Episode 2 in Erris – Sue Perkins, Alison Steadman and Stephen Mangan use natural navigation to explore areas that mean something to them.

The Weather Report
A short film shot on location in Blacksod Lighthouse, about a mysterious phone call which questions a routine weather report by lighthouse keeper Ted Sweeney. This film is currently being screened at film festivals all over the world and in March 2015 it won Director’s Choice Award at The Boston Irish Film Festival. The short film will broadcast on RTÉ in 2015.

Keepers of the Light
A short documentary on Blacksod Lighthouse’s unique history and heritage, made by filmmaker Fergus Sweeney, grandson of Ted Sweeney.
See a short extract here.